check out all of our NEW fall favorites here!

painting is poetry that is seen rather than felt." - leonardo davinci

we're very excited to offer the Round Top Chapel from deann hebert's new "have a little faith" church collection.

a little bit from Deann about her new "have a little faith collection"... Painting little white churches are one of my favorite things to create. For me, they hold beauty, meaning, and memories. So much hope, grace, and love.

"In her acrylic paintings, Tennessee artist Deann Hebert seeks to tell the stories of our Southern collective past, to inspire the viewer to listen to our ancestors voices, to not just see but cherish our old places and the lives they have influenced.  Using an impasto technique she’s developed and perfected over the past ten years, her work recalls the bucolic atmosphere of rural life.  She employs a soft, neutral palette and layer upon layer of painted texture that is reminiscent of tree bark and peeling barn paint.

While influenced early on by Fauvist painters Andre Derain and Henri Matisse, her work slowly took on a less saturated palette in favor of more weathered, rustic hues reflective of the rural environment that is her inspiration.  The artist approaches each canvas intuitively-- painting not from a preconceived sketch, rather, following the way the paint and palette knife are leading.  Working in a wet on wet technique, Hebert starts by mixing up a few colors that are pleasing together, laying on color and building it up, sometimes up to ten layers, before she begins scratching into the surface, freeing the figure or landscape waiting to be revealed.

Having grown up on a farm in rural Alabama, Hebert is most at home among the old barns and country churches of the South.  After earning her Bachelor of Fine Arts degree from Auburn University, Hebert left the familiarity of the South for a time, studying at the Chelsea School of Art & Design and the Central St. Martins School of Art & Design in London.  As much as her paintings speak to the rural history of the South, the use of soft, natural color, rich texture, and natural elements give the work a beautifully cozy appeal that art collectors across the country are taking to.  She has been the featured artist in the popular Harding Art Show in Nashville, was named the winner of the Emerging Artist contest in Art Galleries & Artists of the South Magazine and was featured in the 2013 Southern Living Showcase home and most recently in the 2014 HGTV Smart Home in Nashville, Hebert’s work has been rising in popularity and acclaim.

To Hebert, the heart and soul of the South is found in its people and places and her work reflects the warm hearts and weathered faces of its folk, the sweetness and elegance of its landscape.  From her studio inside the historic Factory at Franklin, among the old barnwood walls and cement floors, the artist continues to add layer upon layer to her own uniquely Southern story."

*each canvas print is made to order and will be drop shipped directly from the artist... the lead time for each canvas is 2-3 weeks. 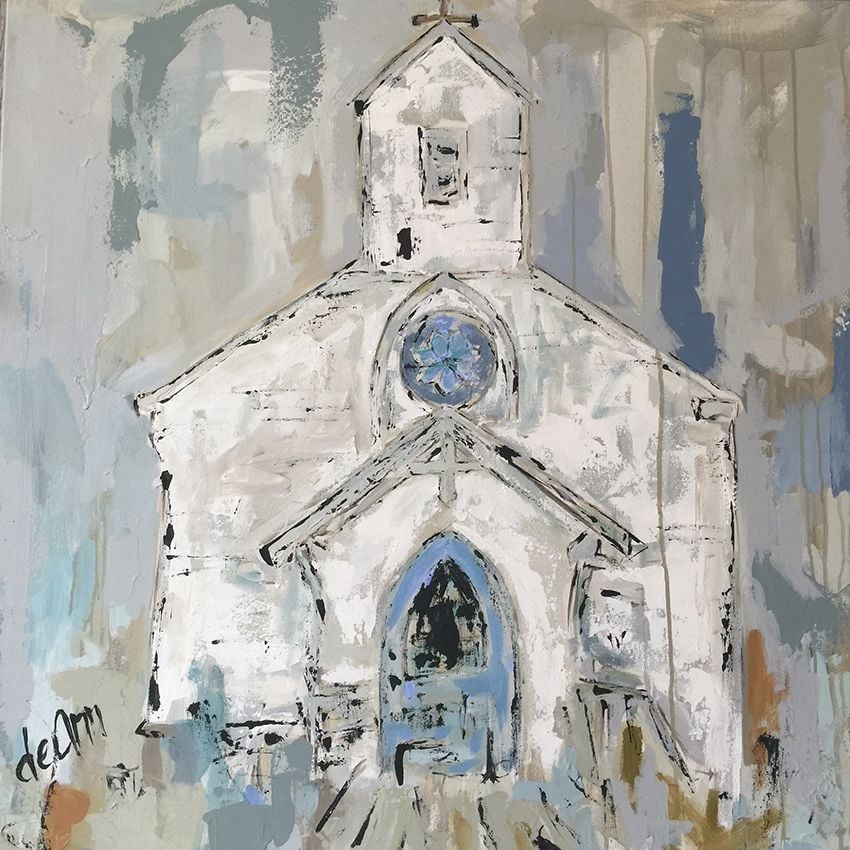